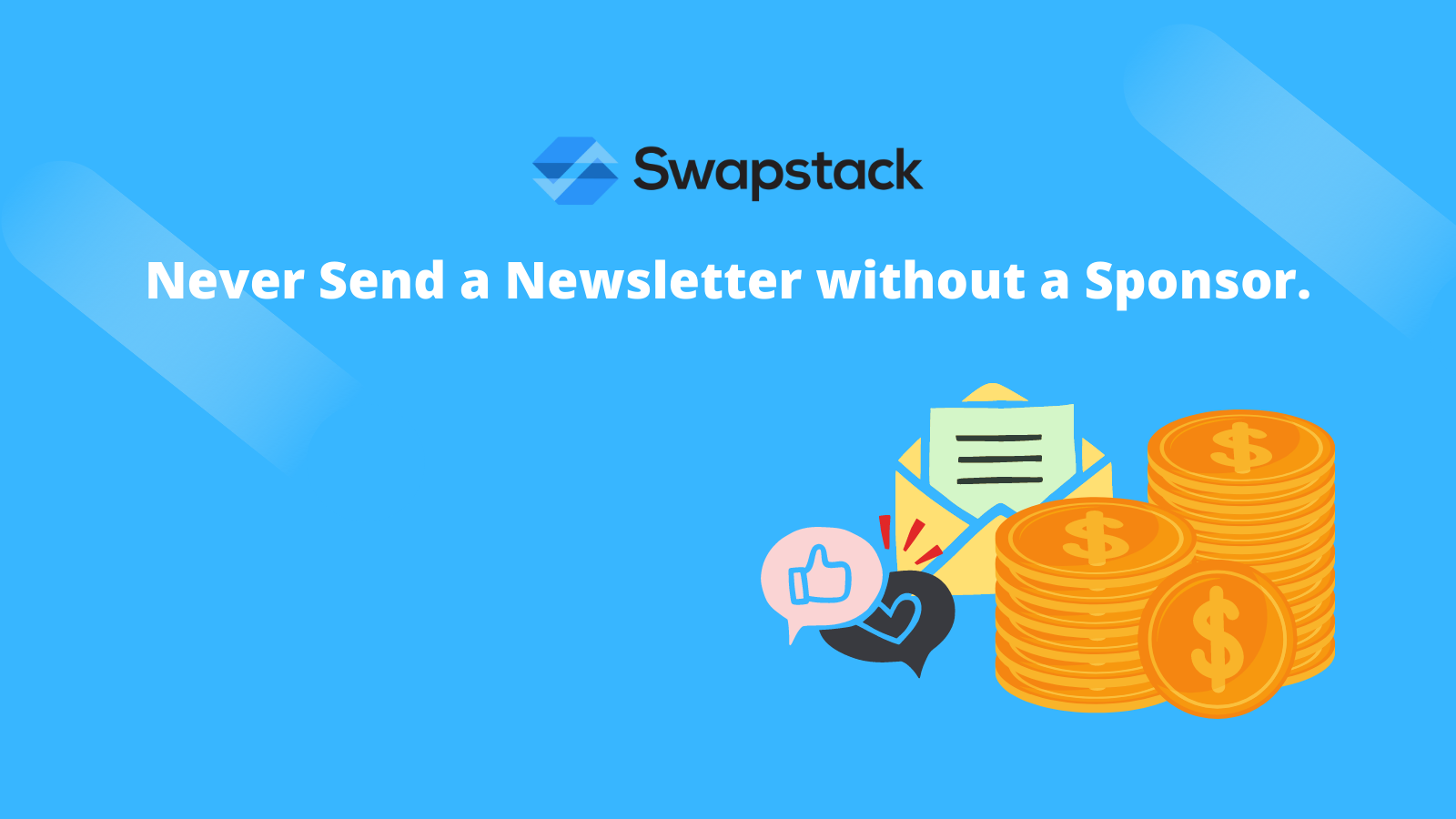 Case Study: Plug and Play — Never send a newsletter without a sponsor.

Case Study: Plug and Play — Never send a newsletter without a sponsor.

Instead of a constant back and forth between you and an advertiser, it lets you run advertisements that you’re pre-approved for, and get paid based on how your ad performs. Perfectly aligned incentives, minimum work.

Plug and Play deals are our in-house affiliate deals that are pre-approved by Brands for Swapstack writers. Feature a Plug & Play sponsor on your newsletter, and get paid for any conversions you drive.

If you’re a newsletter writer, you can run these ads anytime you’d like, meaning you never have to send a newsletter issue without a sponsor.

Read How To Monetize Your Newsletter Through Swapstack Plug and Play Deals for a complete guide.

In this blog post, you’ll see real examples of how much you can potentially earn by running Plug and Play deals on your newsletter.

The Daily Coach is a daily newsletter that puts a hands-on approach first to becoming a better leader. With the help of some unique wisdom as well as an action plan to tackle your day, The Daily Coach aims to be an inspiration in your email inbox each morning.

So far, The Daily Coach ran deals like Morning Brew, Alts, Fulton, The Average Joe, and other affiliate deals on their newsletter.

Through these deals, they earned a whopping $2,000 for all the conversions they brought to these brands and publishers.

One Good Thing by Jillee shares brilliant tips for getting more done around the house with less time, effort and cost.

One of the reasons why Plug and Play deals are popular among our users is that they can easily fill up their ad inventory if they didn’t have a sponsor for their next issue.

The motto behind Plug and Play deals is that you never send a newsletter without a sponsor.

One Good Thing is one of them and so far they earned over $1,400 by running these affiliate deals on their newsletter.

3. Louis Pereira from Complexity Condensed and Read Something Great earned over $500

Louis is the founder behind Complexity Condensed and Read Something Great.

He explains complicated stuff explained in 500 simple words for curious people who are in a hurry through Complexity Condensed newsletter.

He also built Read Something Great, using a no-code tool called Bubble, to help people discover timeless articles. He shares one of these timeless articles once every week through his newsletter.

Out of the 20+ Plug and Play deals we have on the Swapstack platform, he thoughtfully chooses those deals that would suit his audience. So far, he ran several campaigns for Alts, The Daily Upside, and Morning Brew.

Through his 2 newsletters, he earned over $500 running these deals.

In his own words:

As a newsletter writer, you want to be focused on writing, editing, and hitting publish, not on negotiating rates with advertisers.

Instead of a constant back and forth between you and an advertiser, it lets you run advertisements that you’re pre-approved for, and get paid based on how your ad performs. Perfectly aligned incentives, minimum work.

I can’t recommend it highly enough.

How much one can potentially earn running these deals:

Let’s say you have a newsletter of 5,000 subscribers and you want to run one Plug and Play deal that rewards you $5 per conversion.

Plug and Play deals allow you to monetize your newsletter in more than one way. They’re pre-approved so you don’t have to “pitch” any advertiser. You can run them anytime on your newsletter.

Thank you! Your submission has been received!
Oops! Something went wrong while submitting the form.

No items found.
Get started now

Let’s get started with swapstack

As a publishers, Swapstack can help you take your creator business to the next level.As an advertiser, Swapstack expands your growth channels and drives efficient conversions. 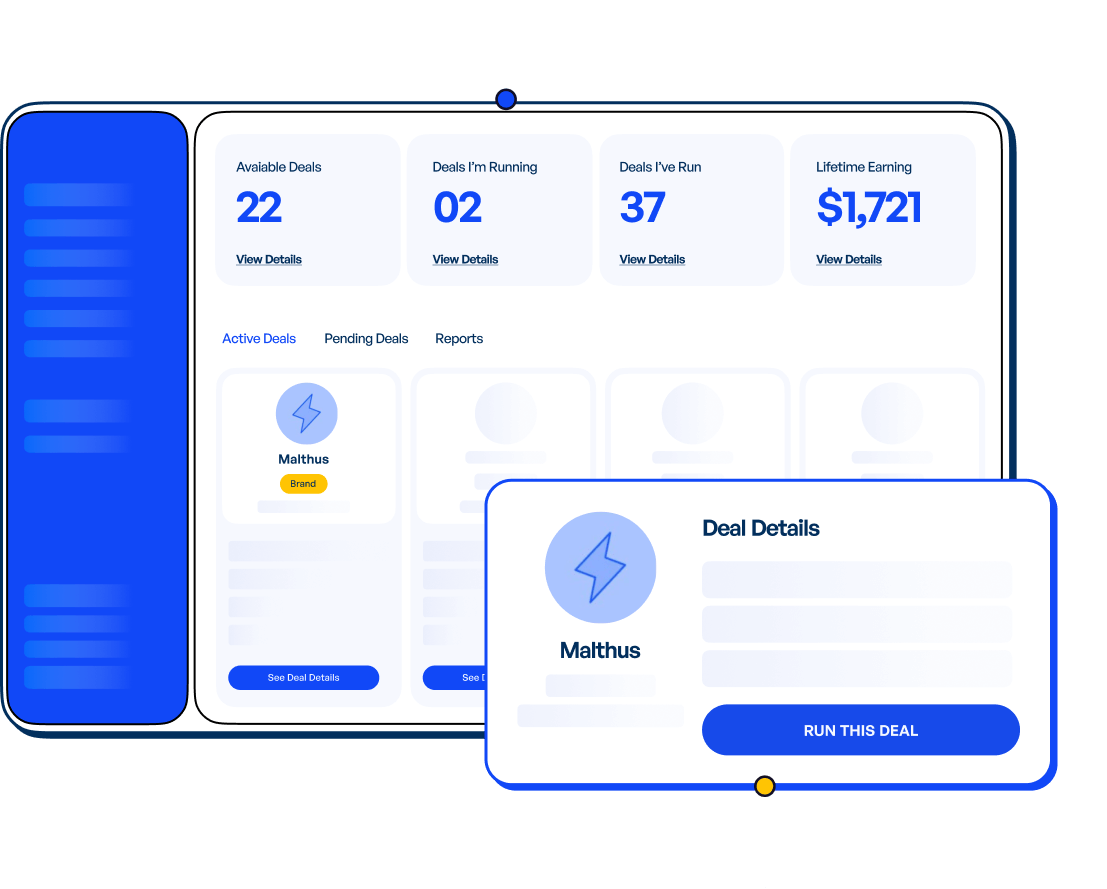